Acute Care Surgery: a new concept for an old need

The emergency care system is universally recognized as being at a breaking point. Patients overwhelm the ability of First Aid and Emergency Rooms (ER) to provide adequate care for all. Wherever the social assistance systems due to the lengthening of waiting lists oblige patients to wait for elective visits for long periods of time, essentially forcing them to seek their routine care through the emergency room; and the same, although for different reasons, happens even within systems based on private insurance.

Surgical emergencies are a prime example of these critical issues. Patients and physicians suffer in the same way, while struggling to provide or receive care in a timely manner in often chaotic environments. Trauma surgeons (especially in the US) have made a major effort to allow timely access of most trauma patients to centers of excellence. In the United States, trauma systems and trauma centers were established around 40 years ago and have quickly established new recognized standards of care. Traumatized patients are quickly transferred to specialized hospitals and managed by dedicated teams. Integrated trauma management systems and traumatology centers have been developed with a reduction in mortality (especially in avoidable mortality). The use of quality indicators, which raise the standards of care, structured training courses and advanced research have led the field of trauma care to a new and more efficient level. Traumatized patients are currently managed quickly and expertly and the results are greatly improved; unfortunately, however, the same level of timeliness and organization can not be guaranteed for non-traumatic surgical emergencies and the lack of surgical teams dedicated to caring for these patients is a major flaw in the current medical organization. The American Association for Surgery in Trauma (AAST), like many other surgical societies around the world, has created a new subspecialty, Acute Care Surgery (ACS). The purpose of its creation was to provide and identify a clinical practice that includes most of the surgical emergencies of traumatic or non-traumatic etiology, addressed by paying particular attention to the pathophysiological aspect. Assistance to traumatic and non surgical emergencies is provided by specially trained surgical teams (in collaboration with emergency physicians and reanimators), which provide a safety net for the hospital and the community 24 hours a day. The surgeon of the ACS of the future is the natural completion of the trauma surgeon, treating all surgical emergencies and preferably developing useful skills even in the intensive care unit. Resuscitation and management of these critically ill patients require physicians who are in great harmony with complex human physiology and critical patient care needs. In the United States this organizational-welfare concept has been discussed since the early 2000s, but became fully operational in 2006 with the creation of the AAST committee for the establishment of the ACS, the establishment of a training course (fellowship) specifically for 2-year ACS (including frequency in trauma surgery, non-traumatic urgent surgery and surgical intensive care) and application of the concept in selected large academic institutions. In a very short time the concept of ACS has spread throughout the United States, both in academic and community hospitals. Currently, after only 10 years, most US hospitals have tried or are trying to have an ACS team. The rapidity with which the concept was adopted in the United States demonstrates the validity of the arguments in favor of the adoption of the ACS.

Who is this Master dedicated to?

Orazio Campione, (1948 -2003), became Full Professor at the University of Bologna in 1998, where he had covered all his didactic, scientific and assistance training producing more than 500 publications, distinguishing himself particularly in the field of emergency surgery. In a letter signed “those who worked with you” spread on the day of his death we read: “A career full of successes and satisfactions, but too short. You were a man who did not need to wear a jacket and tie, your work uniform was enough for you. At times hard, ready to get angry if even the slightest burr or carelessness could affect the quality of care or assistance to the patient. A teacher. Strict and demanding, but that has never left us alone in the difficult times ».

Giorgio Gambale, (1955 – 2015), anesthesiologist-resuscitator at the Ospedale Maggiore of Bologna, he has dealt with traumatology and organization of the trauma systems and was among the protagonists of the launch, the first in Italy, of helicopter rescue. Later, at USL Forlì he contributed to the coordinationof surgical block operations, developing a computerized system for the safety and efficiency of the operating pathways that received awards at European level. Director of Anesthesia and Intensive Care at the Bufalini Hospital inCesena, he led the Emergency Department of the samehospital. His professional and human experience, re-read with the lens of the disease, is told in “The medicine according to Captain Zantax”, published in April 2015.

The MiACS&T “Orazio Campione and Giorgio Gambale” is a training proposal aimed at declining Acute Care Surgery at the Italian and European level, providing theoretical and practical knowledge as well as autonomous organizational capacity related to all the three components of ACS itself: non-traumatic urgency, treatment of trauma and management of the critically ill.

Therefore it aims to train professionals with clinical-organizational skills that deal with traumatic and non-traumatic emergencies.

The master is addressed to graduates in Medicine and Surgery and especially at specialists in General Surgery, Anaesthesiology and Reanimation and in Emergency Medicine and First Aid who intend to occupy directive positions from a clinical and organizational point of view, in hospitals with a strong vocation to the treatment of the urgent, traumatic and non-traumatic, surgical patient.

The course lasts one year, from November 2018 to October 2019. The programme includes 150 hours of classroom teaching for 20 days of lessons organized in groups of 2/3 days (from November to April), some workshops and an internship of 80 days. The final test consists of the elaboration of a term paper. At the end of the course the Master provides for the achievement of 60 ECTS.

The programme is subdivided into four modules:

MODULE 2– DIAGNOSTICS AND TREATMENT OF THE NON-TRAUMATIC SURGICAL PATHOLOGY

MODULE 4– THE ORGANIZATION IN THE ACS&T

The Master is organized by Alma Mater Studiorum, University di Bologna (School of Medicine and Surgery, Department of Medical and Surgical Sciences) in collaboration with AUSL Romagna and is sponsored by WSES, World Society of Emergency Surgery. The managing body is Servizi Integrati d’Area Ser.In.Ar. Forlì-Cesena S.C.p.A. 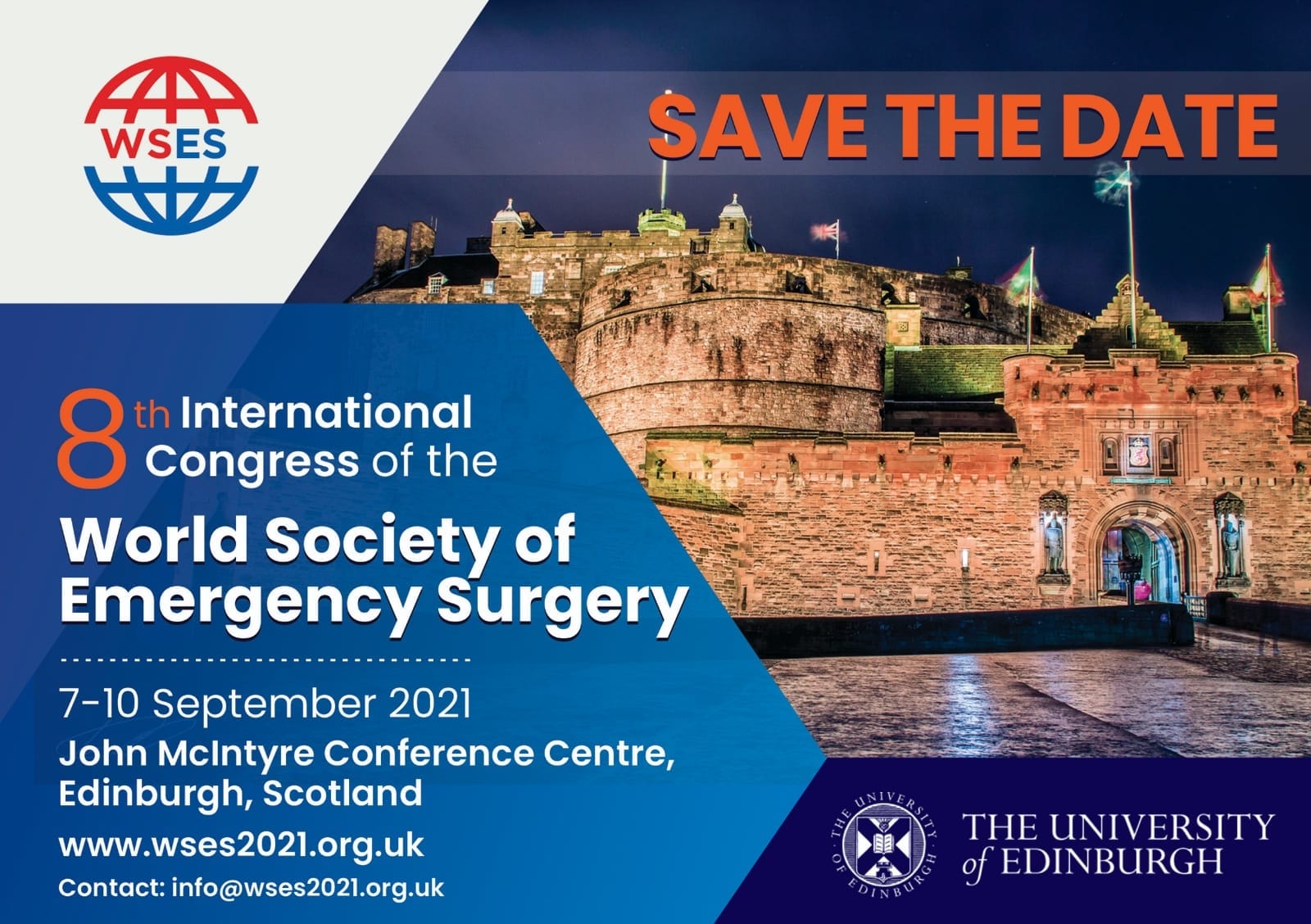 Cookies are small text files that can be used by websites to make a user's experience more efficient.
The law states that we can store cookies on your device if they are strictly necessary for the operation of this site.
For all other types of cookies we need your permission.

You can at any time change or withdraw your consent from the Cookie Declaration on our website.

Third-party cookies are hosted by an advertiser’s server and primarily record the user’s behaviour and path on the internet in order to subsequently create a user profile. On the basis of this user profile, it is then possible to display personal adverts to the user.